Background: Lack of notions on distribution and pathogenicity of D. repens among cats living in Central Italy suggested this study. Main results: Pruritic dermatitis associated with D. repens microfilariaemia was diagnosed in 19 cats from the Tuscany, Umbria and Marche regions of Italy. Dermatological lesions included alopecia, erythema, papulae, crusting and lichenification. All cats had lesional pruritus and 90% had concurrent haemobartonellosis. Eradication of haemobartonellosis followed by specific adulticide and microfilaricide treatment led to disappearance of microfilaraemia and complete recovery from the dermatological syndrome. Implications: The main conclusion is that cats are reservoir for D. repens in Central Italy and constitute a possible source of accidental infestation for humans. Furthermore, the cutaneous lesions observed in these cases seem to attribute a pathogenic role to D. repens in affected cats.

Dirofilaria repens is a zoonotic filarial nematode parasite of dogs, cats and wild carnivores transmitted by mosquitoes (Pampiglione et al., 1995). Adult worms reside in the subcutaneous tissues of infested animals and release microfilariae that circulate in the blood (Tarello, 1999). Dogs and cats are final hosts of the nematode, which also accidentally affects people, causing sub-cutaneous, conjunctival and pulmonary nodules often confused with neoplastic tumors (Pampiglione and Rivasi, 2000). Italy has the highest concentration in the world of recorded cases of human dirofilariasis due to D. repens (Pampiglione et al., 2001). Nonetheless, to date, no data are available on the presence of microfilaraemia and possible pathogenicity due to Dirofilaria repens in cats living in Central Italy.
The geographical distribution of human cases follows the distribution of microfilaraemia observed in dogs and cats (Pampiglione et al., 1995; Tarello 2002a-b).
It was thus worthy to report this retrospective analysis of 19 feline cases of subcutaneous dirofilariasis observed in an area of Central Italy, from wich 4 human cases have already been reported (Pampiglione et al., 1995; Pampiglione and Rivasi, 2000) and suitable vectors are present (Romi et al., 1997; Grelloni and Biasini, 2002), although no animal reservoirs has ever been noticed.

Fourteen cats from the Trasimeno lake district (Perugia province, Umbria), two cats from the neughboring Chiusi (Siena province, Tuscany) and three cats from Fermo (Ascoli Piceno province, Marche) were presented at the author's practices during 1997 (Trasimeno and Chiusi) and 1999 (Fermo) for pruritic dermatitis.
Laboratory tests for Dirofilaria repens and Dirofilaria immitis microfilariae were carried out using a modified Knott's test on 1 milliliter whole blood sample collected in EDTA tube. Six microscopical preparations were made from each sample and examined at light microscopy (x4 and x10, Leitz Biomed).
Serological testing for circulating antibodies to Dirofilaria immitis was carried out with a commercial kit (HeskaTM Feline Heartworm, Heska Corporation). A Wright-stained fresh blood smear was also done for each cat to check for other feline haemoparasites.
Informations on the history, duration of the disease, previous treatments, dermatological and general clinical signs and the results of blood tests were collected in each case.
Diagnosis of subcutaneous dirofilariasis was based on the following established criteria: a) pruritus lasting more than 1 wee; b) presence of cutaneous lesions; c) microfilariasis caused only by Dirofilaria repens; d) negative serology for antibodies to Dirofilaria immitis.
No cat had received preventive medication for heartworm disease and no cat was presented with flea infestation at the time of consultation.
Therapy was based on the preventive eradication of the concurrent Haemobartonella felis infection with doxycycline at anti-rickettsial dosage (Ronaxan 20, Merial, 10 mg/Kg., os., for 20 days) followed by a treatment with the arsenic adulticide melarsomine (Immiticide, Merial, 2.5 mg/Kg, im., twice, q. 24 hours) and the microfilaricide drug ivermectin (Ivomec, Merial, 50 m/Kg, sc., once) given ten days after the treatment for the macrofilariae. Follow-up included a clinical re-examination and a Knott test one month after the end of the treatment.

Diagnosis of subcutaneous dirofilariasis due to Dirofilaria repens was made on 19 cats from Central Italy, the age of which ranged between 8 months and 12 years. Thirteen were males and six females. At the time of inspection the condition lasted 2 weeks-3 years. Previous unsuccessful non-specific antipruritic treatments, flea control and restricted diet were recorded in 9 cats (47.3%).
All cats had pruritus, manifested by localised scratching, licking and biting. The gross appearance of skin lesions was as follows: focal or multifocal alopecia (n = 17; 90%) (Fig. 1), erythema (n = 15; 79%), papulae (n = 11; 57.9%), crusting (n = 5; 26.3%) and lichenification (n = 2; 10.5%). Symptoms and signs other than dermatological were as follow: anorexia (n = 7; 36.8%), pale mucous membranes (n = 6; 31.6%), lethargy (n = 4; 21%), lymph-adenomegaly (n = 4; 21%), hyperestesia (n = 4; 21%), fever (n = 3; 15.8%) and conjunctivitis (n = 2; 10.5%).
Microscopic examination of six slides from every Knott concentration test was carried out and Dirofilaria (Nochtiella) repens microfilariae were found in the blood of all cats (Fig 2), their count ranging from 5 to 17 per sample. Dirofilaria immitis microfilariae were not found and the serologic antibodies test HeskaTM FH resulted negative. Concurrent Haemobartonella felis infection was diagnosed in 17 cases (90%).
All patients recovered after specific treatment against both the haemobartonellosis and the dirofilariasis. Clinical re-examination and a Knott test, carried out 1 month after the completion of treatment, showed the resolution of the cutaneous lesions and the absence of Dirofilaria repens microfilariae in the blood.

Nineteen cats from Tuscany, Umbria and Marche regions of Italy affected by pruritic dermatitis (Fig. 1) were found to carry Dirofilaria repens microfilariae in the blood (Fig. 2), confirming that domestic felines are a valuable reservoir for infestation to humans in Central Italy. Suitable vectos exist (Romi et al., 1997), including Aedes albopictus (Grelloni and Biasini, 2002), and four human cases have been reported in the area, three from Siena (Pampiglione et al., 1995, p.173-174) and one from Perugia province (Pampiglione and Rivasi, 2000, p. 237) indicating that the infestation was acquired locally. In fact, history of travel to endemic areas was absent from the medical descriptions of these cases.
The importance of such findings resides in the fact that no dog, cat or wild carnivore from these two provinces (Siena and Perugia) has ever
been found to carry microfilariae of D. repens, although suitable animal reservoirs shoul exist in sites where human dirofilariasis is repeatedly and not occasionally acquired or imported (Pampiglione and Rivasi, 2000).
The observations here reported may permit a risk assessment in front of a possible transmission to humans, since cats are more linked to the territory than dogs and consequently can provide better epidemiological indications. Only two Dirofilaria spp. (immitis and repens) affect cats (Tarello, 2000a; Kramer and Genchi, 2002) and differentiation is mainly based upon the morphology of the microfilariae (Tarello, 2001). Exclusion of D. immitis, the causative agent of heartworm disease, through a negative antibodies test was an important confirmation that microfilariae observed were only due to D. repens.
In fact, circulating antibodies to D. immitis are present not only during infection with adult worms, but also during infection with immature and larval stages (Kramer and Genchi, 2002).
Adult nematodes of D. repens are usually localized in the subcutaneous tissues (Pampiglione et al., 1995; Chauve, 1997) and were not found, nor were they searched for, during this study. Nonetheless, the detection of microfilariae in the blood seems to be of significant diagnostic importance for the presence of adults in Dirofilaria infestations (Anon, 1998).
Dirofilaria repens has never been reported in animals from Umbria region although it is considered endemic in dogs living on seacosts of Tuscany (Tarello, 1999) and Marche (Tarello, 2002a).

Nonetheless, in all these regions of Central Italy no feline case has ever been described. On this account, it is particularly true the observation that absence of evidence is not equivalent to evidence of absence. No specific reason, in fact, might exclude the parasitosis in cats in areas where human cases are reported, since both dog and cat are recognized reservoirs and definitive hosts of this zoonotic nematode in endemic areas of the world (Mak et al., 1980; Pampiglione et al., 1995; Olteanu, 1996; Dissanaike et al., 1997; Tarello, 2000a-b and 2002a-b).
Cats of this study live in rural areas and were allowed access to outdoor environments. This fact enhances the risk of mosquitoes bite and consequently the risk of acquire Dirofilaria spp. infestations (Kramer and Genchi, 2002).
Epidemiology of feline subcutaneous dirofilariasis has received little attention in the past, if compared with studies carried on the canine population (Rossi et al., 1996).
Microfilaraemia (Fig. 2) has been observed in cats from Malaysia (Mak et al., 1980), Sri Lanka (Dissanaike et al., 1997), Romania (Olteanu, 1996) and Italy (Pampiglione et al., 1995), all nations where human cases are recorded (Pampiglione and Rivasi, 2000).
Acute liver failure in a cat has been recently reported from South Africa (Schwan et al., 2000) and skin lesions associated with D. repens microfilariae in the blood have been observed in 11 cats living in highly endemic area of Northern Italy (Tarello, 2000a-b).
The cases reported in this study, showing itching dermatitis (Fig. 1) responsive to specific medicaments, seem to confirm a pathogenic role

for D. repens in animals, previously disputed (Chauve, 1997).
Erythema and pruritus are described also in human cases, although microfilaraemia is absent and usually only one adult parasite is recovered (Pampiglione and Rivasi, 2000; Pampiglione et al., 2001).
On the other hand, haemobartonellosis, the concurrent condition observed in 90% of cats in this study, is not clinically associated with pruritus and cutaneous lesions (Baneth et al., 2002). Treatment of subcutaneous dirofilariasis has been rarely reported in cats (Tarello, 2000a-b) although it is suggested for animals suffering from clinical signs of this disease (Baneth et al., 2002). Therapy of the condition is important in order to decrease the risk of infestation to humans in the vicinity of the affected animal when suitable mosquito vectors are present (Baneth et al., 2002).
Dirofilariasis due to D. repens is an emerging zoonosis in Italy (Pampiglione et al., 2001) and it is acknowledged that worldwide distribution of human cases follows the distribution of microfilaraemia observed in dogs and cats (Pampiglione et al., 1995).
The findings here reported seem to indicate that a feline reservoir for the nematode exist in this area of Central Italy. Lack of previous evidence may be due to the fact that during the last years the ranges of certain vector-borne diseases such as dirofilariasis are extending due to ecological and climatic changes (Irwin, 2002). Involvement of Aedes albopictus may also account for such expansion (Grelloni and Biasini, 2002).

Recommendation has been recently made that each and every case of human dirofilariasis observed in Italy should be recorded, in order to determine the true extent of the condition (Pampiglione et al., 2001).
In companion animal practice, veterinarians have the responsibility of providing accurate information about the zoonotic transmission of parasite infections from pets (Irwin, 2002). In this view, canine and feline cases of subcutaneous dirofilariasis should be also reported as far as possible, in order to assess the presence, prevalence and pathogenicity of Dirofilaria repens in the animal reservoirs and final hosts.

Chauve CM. (1997) Importance in France of the infestation by Dirofilaria (Nochtiella) repens in dogs. Parassitologia. 39, 393-395.

Tarello W. (2001) Importance in the dog of concentration tests for the diagnosis of heartworm disease in non endemic areas. Vet On-Line, 02 Jan 01: http://www.priory.com/vet/cardioworm.htm.

Fig 1) Focal alopecia in a cat with D. repens infestation. 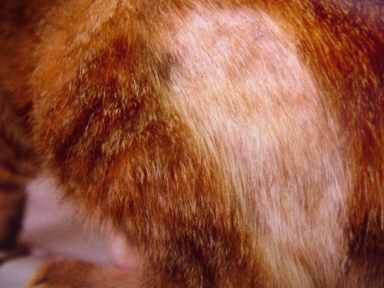 Fig. 2) Dirofilaria repens microfilaria in the blood of a cat. 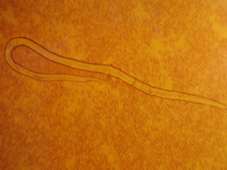 Fig. 3) Map showing the working area (Trasimeno Lake District) and the site (arrow = Petrelle) in which the first human case of dirofilariasis has been recently discovered.